Halloween - History and its cultural changes

One of the oldest holidays known throughout human civilization, Halloween dates back some many thousands of years.  In the Celtic culture, it's called Samhain (pronounced sow-ain), and in Roman culture, it was commonly known as 'Pomona Day.'    In the Celt tradition, it was the celebration of the ending of summer and the beginning of harvesting as well as the dark, cold winter, which was commonly associated with human death.  Dark, right?

There's a vast difference in pronunciation of 'Samhain' and Halloween, and a lot of us aren't really farmers that need to harvest anything, right, so let's take a look at why Halloween is, well, Halloween. 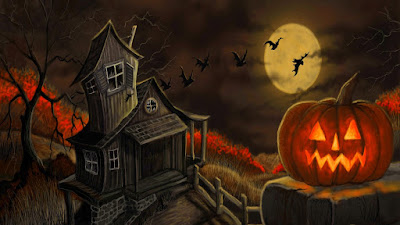 Halloween, a crude corruption of 'All Hallows Eve,' is celebrated in the Christian tradition as 'All Souls Day' and 'All Saints Day.'  But, that's just the - if you'll forgive me - the 'bare bones' of what it is, right, but there's so much to it now.  The costumes, children squealing, 'trick or treat!' at neighbours' doors in hopes of candy being tossed into their pillowcases or bags, or whatever means they are toting about to obtain a treat.

When my brothers and I were little, we would dress up in plastic masks and silly garb and cart around our neighbourhoods with pillowcases (hey, sturdier than bags, especially when they get pretty full!).  We were never, ever allowed to go to houses with the porch light off, and when we got back from raiding the neighbourhood for free sugar before we were even allowed one, Mom and the old man would sort through it making sure nothing was amiss.  No razor blades in apples, suspiciously wrapped candy, none of that, unless it was from someone we KNEW.

When I set out to write this post, I did some digging across the internet and I found tonnes of information.  There's so much more about this holiday than I guess I really realized there could be.

I don't want to bore you to tears, so I'll sum up what I read and spare you all the boredom.  I understand not everyone's a research nerd like me, so this is for you all who aren't.  :)

There's so much about the Jack-o-Lantern, the tradition of tricks and treats, costumes, and the like.  I remember as a kid, we were taught the 'trick or treat' and costumes bit was started back in the ancient Celtic days when they believed that 31 October was when the 'veil' between our world and the world of the dead was at its thinnest.  Even those of, well, never-were-human entities, or putting it bluntly, hell itself.  The Celts believed that if they put out a sweet treat item - apples, sweet bread, something like that - they wouldn't have prankster spirits skulking about to mess with their homes, their farms, anything of that sort.  But, if they DIDN'T, then, well, I'm certain, dear reader, you're familiar with the term, 'all hell breaking loose,' right?  Yeah. 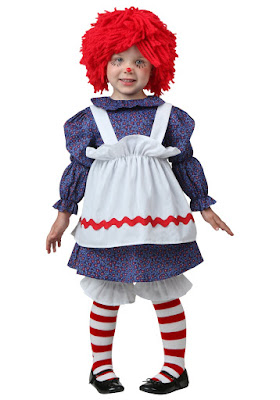 So, the costumes bit, aside from it being just a great time to hang out and be 'someone else' for a couple hours, that got started around the Victorian Era with things that emphasised children's participation in the festivities.  By then, the folk traditions were starting to become really diminished, and then by the early 1900s, it had become entirely a celebration for children.  By the '40s, trick or treat became a thing, even though it had its roots also in the ancient European culture.  At the time when trick-or-treat became a thing in the 40s, children would sing or perform mimes in exchange for a reward of some kind, and they also would threaten to play a trick on the householders if they didn't surrender a treat.

Costumes eventually started getting written about in women's magazines, a little how-to article on how to design them.  As popularity grew for this aspect of Halloween fun, technology was developed to produce costumes commercially for the masses.  Cheaper and more varied:  ghosts, witches, skeletons, witches, devils, even otherworldly creatures like Frankenstein's monster, the Mummy, even Dracula were also brought into the mix as the popular culture had brought these characters into the forefront of popular culture.

Given that most humans are fairly social beings, parties kind of spiralled out from there, and then different games were invented - bobbing for apples, costume contests, things like that.

Tell me in the comments, what are some traditions you and your friends and family grew up with?
Email Post