Earworms - Frustrations of the human brain!

Let’s talk about earworms. You know what earworms are, right? If not, let me sum it up for you:

Earworms are those little fragments of a song (sometimes just irritating theme music from bad telly programming) that get stuck in your head, seemingly on a never-ending loop. No matter HOW HARD you try, you can’t seem to shake it. Like right now, I’ve got that annoying song, ‘Shake it off’ in my head, just because I said ‘shake it’ in the previous sentence. See how easily they can be triggered? Yeah, I know you get it. I see that look in your eyes, that look that says, ‘Oh, yeah, I getcha, girl. I am right there with you!’ 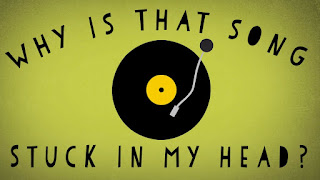 When I was a kid, I was O B S E S S E D with the Beatles. There’s a song by them that goes, ‘Closer / doo dah doo / Do ya want to know a secret? / doo dah do / Do ya promise not to tell?’ yeah. While yes, I love the entire catalogue of their music, except for ‘Lady Madonna’ because that song was just played TO DEATH and it got aggravating and still to this day annoys the piss out of me to hear even the first bars of it, that song just gets stuck. In my head. FOR DAYS. And no matter how hard I try to rid myself of it with other music, it starts a demented mashup of that song and whatever other songs I tried to use to combat it. Heh heh heh. Quite frustrating. 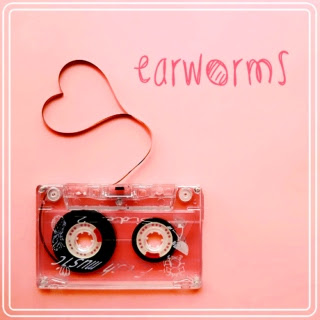 For example, one song I tried to use to get rid of it was by Aha! Called ‘Take On Me’ (which I’m not sure if I like that song or not… Even 30+ years later, the jury’s still out on that one). So, I had this crazy mash-up of ‘Closer / doo dah /TAKE ONNNNNNNNN MEEEEEEEE! / listen / TAKE ME ONNNNNNNNNNNNNNN!’ yeah. Frustrating.

So, I got to thinking recently about earworms and how they work. No one really seems to definitively know, from what I’ve found in my research. There are several theories about it, but given how precious little we know about the human brain as a whole, well, it honestly comes as no surprise that there’s no definitive answer to why earworms happen, just that the tiniest thing like a phrase or a person’s voice or inflection when speaking can trigger such. It’s wildly frustrating! 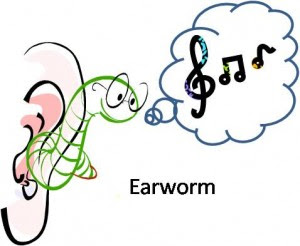 So, now, modern human minds are prone to such a thing, right, but… I wondered one day when I was out for a walk and battling a frustrating earworm from out of the blue of the theme song for ‘Brady Bunch’ and ‘Three’s Company’ trying to do a deranged mash-up from hell that I could not escape at all no matter how hard I tried: What about people from the old Medieval times? No, I’m not referring to the amazing restaurant franchise (which if you haven’t been, you should totally go sometime!), I’m speaking, specifically, about Shakespeare’s day. I’m completely serious. I wonder if the old Bard himself had earworms he couldn’t shake. I wonder if people when the first instruments were being forged and designed, how did they get rid of theirs if they even had them? Hmm.


I have to ask, though, what are the most frustrating earworms you’ve ever faced down? What’s your secret for getting rid of them? Do you watch telly, do you listen to other music completely unrelated to the genre bugging you? Sound off in the comments below, I’m curious!
Email Post
Labels: childhood creativity music psych random thoughts spotify why we do what we do