End of the year reflections. Or... something like that.

At any rate...  I'm not one who necessarily does the 'New Year's Resolutions' bit.  I mean...  I've attempted (and failed) many times in years past, but I dunno.  I think resolutions are a tiny bit overrated.  I have been thinking a lot about things, though, about how I want 2018 to be tackled.  I've been thinking about that a lot since probably about the end of September. 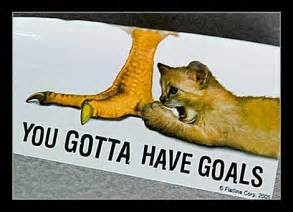 I'm a fairly goal-oriented person.  I figure if I've got a goal in mind then that's much easier to do than setting myself up for some sort of resolution that's just going to be ignored within the first few weeks of the new year.  So, that being said, this is what I've come up with:

---------->Write everyday.  I know that there's a bit of a mixed message about doing this.  Some scream 'DO IT!' others say, 'NO!  You'll get bored!'  But...  I'm tackling my writing as my fulltime job.  As in I've only ever wanted four careers in my life and writing happens to be one of 'em.  So.... I'mma write everyday.  Does it necessarily mean I'm going to spam you all on the daily? .........probably not.  Which brings me to my specific writing goals:
---------->Write in my blog at least once a week.  I've got a couple things I want to do with this little niche in cyberspace I've been flirting with.  I've named this place 'My Creative Life,' but I've not really spoken much about it.  Initially it was called 'Rea's Coffee Thoughts' and was going to be used as a place for me to write about whatever was on my mind........whilst thwapped up on copious amounts of coffee.  However...  That doesn't happen nearly as often as it used to, so I've shifted gears a little and now here we are.  I've been reading a lot of different blogs out in cyberspace, and my husband got me a book for Christmas called Writing Copy for Dummies, which at a glance looks fairly helpful for blogging.  And if not?  Well, no problem because I can use it for other endeavours!  Right?  Right.  I've figured out I want to write not just about creative things - DIY projects, and other such-like - but I want to share about my faith.  After all, my writing desires (and talent) comes from God, and I'd like this to be my gift back to Him.  I'm trying so hard to figure my life out, and this is one of those things I'm wanting to include in that exploration.
---------->Write in my paper journal on the daily.  Just keep a record of the day's happenings.  Carry my journal with me at all times and write when I'm waiting for a cab or an appointment, or even while I'm waiting for my laundry to get done.
---------->Dust off my WIPs or at least attempt to tackle the WIP I've been puzzling over for the last couple weeks (and that's something I'll write more about here in a few, I've got a pretty big announcement about that!). 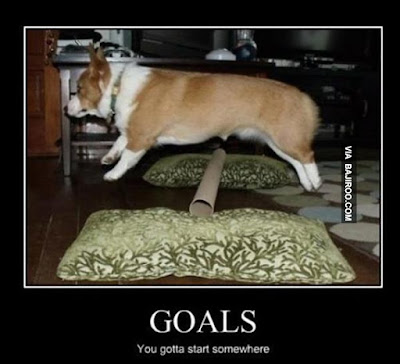 ---------->Document things more in my bullet journal and rely less on an electronic calendar to keep track of things.  You never know how long you've got an electronic calendar at your disposal.  You never know when your phone or computer will give out and give up the techie ghost.  I've become WAY too dependent on my google calendar and I need to wean myself away from that and depend more on my paper one.  That being said, I've got this Dayrunner thing we found for less than a buck at the thrift store several months back, I need to start using it.  It's from the late 80s I think, but I've used a whole mess of white-out tape and decided to upcycle it.  Haha
---------->Pray more.  I had this AMAZING prayer life when I was years younger.  Now?  Not so much.  I have a couple Rosaries.  Have I used even one?  Nope.  Not for some time.  Which is unfortunate.
---------->Daily Devotions.  I need to start watching the Daily Mass on EWTN.  I love my priest very much, I just unfortunately don't have a way to Mass every week (I don't drive and husband's work schedule's pretty wonky, so he can't take me every week.  So in the weeks I can't go, I've got EWTN through my cable company, so may as well tap into that so I'm still getting spiritually fed).
---------->Read more!  Seriously.  I've just downloaded a horde of books in addition to the stuff I've got waiting for me both on my Kindle, Nook, and my physical bookshelves.  Plus the books husband got me for our anniversary and for Christmas.  Whoops.  I may or may not have almost 4k books now.  The bulk of which I've yet to sit down and read.  Um... Moving on!
---------->Take more photos, with my Nikon.  I've not touched my camera in WEEKS.  It saddens me that this is true.  But yay, I'm admitting it?  Right?  Seriously, though.  There's so many things out there to take pictures of, I should just bundle up and go outside and start taking photos.  I miss doing that.  I want to do some holiday photos, but getting time nailed down with people is next to impossible right now........because of the holidays.  Haha.
---------->Start saving up for proper promotion of my books.  I've got two out (well, one that's 'live' right now and one that's just set up for 'preorder' but nonetheless, I've authored two books.  This is huge for me.  And the fact that I've been showing them to total strangers...  That's even bigger.  But.  I'm pretty pleased that this is a truth I can claim for myself:  I am a 'real' author.  :) 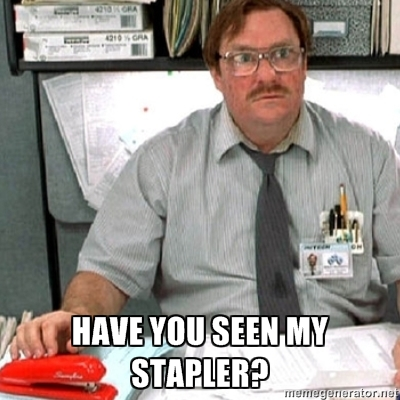 ---------->Declutter my office at least once a week.  Seriously, y'all haven't seen what a clutter-fest this little corner can become when I'm not really realizing what's going on.  Before I know it, my desk looks like a chocolate wrapper graveyard marked with empty cans of energy drinks and empty coffee cups.  Sad.  Ha.
---------->Make a better effort throughout the year to keep up with the memory jar and not make a last-minute effort (like last year!).
---------->Do my Morning Pages!!!!!  Yeah, okay, I know.  I -- stop laughing.  I'm serious this time!  Yeah, okay, so I've said this a few times before... But this time I really, really mean it!  Oh, you don't believe me, do you...  Well, we shall see!  I will prove you wrong.  Ha.
---------->There's a gym - alright, I know you're thinking 'Here we go.' but there's a gym that's open during office hours here.  I've lived in my apartment for 3 years next month (which reminds me... I'm going to need to update the parking tag for Smeagol in the next couple weeks....CRAP.) and it's free to residents.  I've known about this for some months now.  The fact that 'free' being part of the operative statement.... should've been enough to be motivation, right?  HA.  I've been talking about it for awhile... but it's the carrying it out effort that I've been struggling with.  Soooooo... Yeah.  Right now I'm participating in the 12 Days of Fitmas thing with a friend of mine, it's all done from home (which is nice), but... I don't want it to just be twelve days.  I want it to be more than just this.  Besides, it'll keep me outta trouble!