I promise I'm still around.  I had all my time and energy focused toward NaNoWriMo.  And now, here we are, the day after I nailed it with a final word count of 50,022 words.  That was spread out over several things, the bulk of it was my book, including edits, and a couple other projects.

Now, I am currently battling throat frogs and chest gremlins.  I have a cold.  It seemed to creep up last week and hit me full-force on Friday.  And now, I feel terrible.

But, I didn't come here to whine at you from the bottom of a pile of snot rags and copious shots of nighttime generic cough medicine.  No.  I came to talk about something that's probably going to be looked at with a strange look, maybe even met with an eye roll or few, but it bears saying.  If this loses me followers, well, I'm alright with that, too, because I'm sure there's someone who'd be interested in this.  It'll balance.

I did some thinking about the direction in which to take 'My Creative Life.'  This blog you're seeing here.  I took a lot of stock (as I'm typically wont to do around this time every year), about how my year went, and where I'd like my life to go in the coming year.  As we gear up for yet another holiday season, I noticed I've become even more jaded this year than ever.  I'll start with 'Black Friday.'  Why in the world is it called 'Black Friday' in the first place?  There was one once, back in 1929, when the NYSE crashed, and thus ushered in a new bruise on our country's history:  The Great Depression.  We didn't seem like we learned too much from history, though, did we?

Now with the explosion of the 'electronics' age, as I call it.... It seems more and more and more people are doing that 'shop till ya drop' bull spending money on things they're not really going to be too bothered with soon after purchase.

I'm not AGAINST having fancy stuff.  I mean, it's not really MY thing, but if that's yours, no judgment.  Promise.

No, I just don't get why you spend Thanksgiving claiming you're so thankful for all you HAVE but you go home, sleep for a couple hours, just to get up at some really horrible time of the morning VOLUNTARILY to go out and engage in a fist-fight over the last box of icicle lights.  Or 'That Duggar Family Barbie that comes with the 800 kids is MINE.  HANDS OFF, HEIFER!'  Seriously!?  What happened to, 'I'm so thankful that we could get together, and it's not about possessions but about LOVE....'  Oh wait.  That was just lip service.  Playing nice with the other relatives, right, and setting examples for the kids in attendance.  Gotcha.  My mistake.

I'm not jaded, really, so much as I am disgusted.  How many of you, with each swipe of your credit card, think about those families out there who CAN'T give their kids a horde of presents to make a warrior entering El Dorado proud?  How many of you are willing to contribute to such a thing?  Anyone?  C'mon, a show of hands.  Let's see you.  No judgment if you don't, but I'm asking as a legitimate concern.

Toys for Tots, Marines Toy Drive (I think it's called?), Salvation Army...  Those aren't just there as 'polite suggestions.'  Nor are they trying to 'guilt' anyone out of anything but it's a nice thing to drop a few bucks and buy some new clothes or something else and show your children a proper example that way.

I have no qualms at all about doing this with my own life, either.  We don't have much money, but you know what?  I happen to know people who don't have ANYTHING to give their own families, either.  I'm not materialistic.  If someone gives me something, no matter how minor, I am grateful for that item, because the gesture is more meaningful to me than the item itself.  Why?  A few reasons:  ONE - the person thought of me when they were out and they remembered I'm into whatever that item happens to be (whether it's a journal, pens, owls, religious iconography pertaining to my beliefs, books by my favourite author(s), stuff like that).  TWO - the fact that person thought enough of me to NOTICE what I'm into and REMEMBER that about me.  THREE - I may not have been able to find this item on my own, and they happened across it and brought it to me.  I see it not so much as, 'Hey, you're such a generous person, let me show my appreciation by blessing you with x thing' as I do, 'Hey, you're pretty swell and I know you like this, so I thought I'd bring you one to show you that I love seeing your smile.'

I do that, too, give people random stuff because I happen to have the funds in that moment to do something random for someone I care about.  I don't JUST give at the holidays; I make it a point to give THROUGHOUT THE YEAR.  At my husband's work, there's a thing they do that if you have a weird number come up on your tab that you can round up to the next whole dollar and the change is donated to food pantries to feed hungry families here in our state.  Most of the time, I'm in such a harried rush I forget.  I admit I've not done this in some months.  On the flipside of that, though, when I DO remember, I'm not doing it to draw attention to myself for people to say, 'Oh, look!  She's broke but she's still willing to help someone else!  What a generous person!  Bless her!'  NO.  I do it because I HAVE BEEN THERE.  There's been times when I have had to frequent the food pantries on more than just a handful of occasions.  There were a few Christmases that Christmas was donated to us by anonymous strangers (yes, I remember that when I was a teenager that someone had done that for our family).  I know what it's like to not have ANYTHING and I know what it's like to have to fight, HARD, to get back on track.  I know what that's like.

If this makes me come off as preachy or condescending, well, that is not my problem.  Obviously, you're feeling guilty in some way, and that's also not my fault or problem.  That's obviously something that YOU are failing to do and your conscience is playing up. 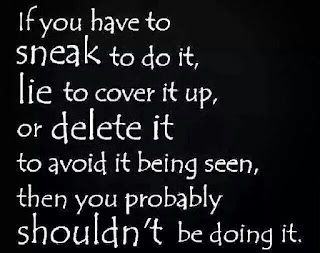 From now on, I'm going to be blogging about how to make this world better.  I am going to be blogging about not just beautiful things that I see around me (human interaction, etc), but I'm going to be blogging about my faith.  My walk with God.  If this is going to bother you, I understand.  I am saddened, but I understand if you choose to walk.  I refuse to remain silent about the injustice I see how we treat each other.  I refuse to remain silent about the blessings I have been given, and I refuse to remain silent about hypocrisy.  You can't sit there and tell yourself, 'OH, I've done all these great things, LOOK AT MEHHHH!!!' but you live next door to someone who's struggling just to keep their lights on and their rent paid and your coffers are full.  No.  That is not okay.

Just something to think about, I leave you with this:


He then addressed this parable to those who were convinced of their own righteousness and despised everyone else.  'Two people went up to the temple area to pray; one was a Pharisee and the other was a tax collector.  The Pharisee too up his position and spoke this prayer to himself, 'O God, I thank you that I am not like the rest of humanity - greedy, dishonest, adulterous - or even like this tax collector.  I fast twice a week, and I pay tithes on my whole income.'  But the tax collector stood off at a distance and would not even raise his eyes to heaven but beat his breast and prayed, 'O God, be merciful to me a sinner.  I tell you, the latter went home justified not the former; for everyone who exalts himself will be humbled and the one who humbles himself will be exalted.' 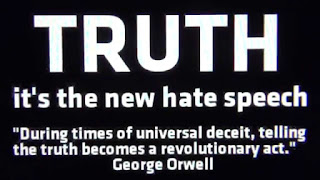 Email Post
Labels: accountability be kind behaviour blogs creativity drama give thanks grandma grandpa gratitude holidays honesty humanity nanowrimo negativity show kindness spoiled why we do what we do writing