Before I sign out of writer-land for the night...

.... Okay, so it's almost 6a.  Shush.  Kinda hard to settle down right now with my Maine Coon stomping about the house complaining - loudly, at great length - about.... I don't even know what.  I don't think he knows what he's having a rant about.

Anyway, so before I shut down my mind for the night, I remembered (just now) that I wanted to share something big with you all.

Well, just before I opened this tab to write this, another little splendid thing came up, so I've got TWO things to share that are pretty exciting. 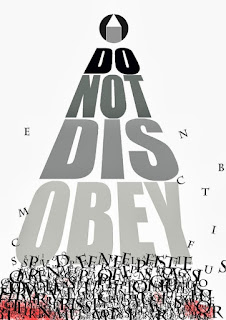 Exciting Thing the First - About 7 months ago now, I had this really trippy dream.  I won't go into details, but let's say that I remember waking up and thinking, 'Huh.  That'd make a really cool story to write!' and then that thought was immediately followed by, 'How on earth would I pull something like that off, as I've read stuff about those types of things, but... I've never considered writing such a story.  Well...  A few weeks ago, I had ANOTHER dream along those same lines (methinks my muse is demanding I do something about this!), so I've decided to sit down and write another book.  Not just one, though.  Oh, no.  I'm doing a ... Get this:  6-PART-SERIES.  As in... SIX BOOKS.  Lawdamerceh.  I'm still in the planning stages (and copious amounts of research is being done), because this is something I love reading about, but it's not something I've ever considered writing.  Dystopian fiction.  Uhm...  Wut?

With my husband's help, the titles have been figured out.  I've also written some notes down (including writing down what I could remember of that trippy dream back in May), and I had husband jot down notes as I dictated when I was making dinner one night.  Sooooo.....  Yeah, I've got some things in the works for that.  Not sure why, but I feel I've bitten off way more than I can chew with this.  Haha  Also, I've got a friend in MS that's got a sweet little monkey (yes, a real monkey) and she's wanting to write a children's book (possibly a series) based on him and his shenanigans.  We've got a meeting set up for Thursday evening to discuss how and what and all that.  :)

Exciting Thing the Second - So, in an effort to keep motivated on this blogging thing....  Not just flirting with it but actively DOING something with it, I've got a Bloglovin' account.  I keep forgetting I have it.  Tonight, I got an e-mail that I've acquired a new follower on there.  Thanks, new follower person!  Well, apparently I can 'claim my blog' (whatever that means?) by posting a little HTML code in a post.  Hm.  Not sure if it means I've got to do this with all posts, but since I'm about done with thinking for the night, I'll do it for this post for now and see if I read the instructions right and make sure it shows up on there.