For the past couple of weeks, I’ve been taking apart the Readings for the First and Second Sundays and Wednesdays of Advent and sharing my thoughts with you on here. Today, Reader, I am going to take a small break and address something...
Today, Reader, I am going to take a small break and address something that broke my heart. I’m a subscriber to the ‘Acts of Faith’ in the Washington Post, I have them come to my e-mail. This one that hit my e-mail a couple of days ago, the subject header made me do a double-take. ‘I feel so distant from God.’ I thought, ‘Uh-oh… what is this…?’ and out of a sense of equal parts morbid curiosity and concern, I clicked on the e-mail to read it.
What I found, I was saddened by. A Protestant minister out East declared he was taking a sabbatical. This isn’t an uncommon thing, mind you, but the way this person went about it, I’m pretty surprised (and, if I’m honest, pretty proud of him for doing it this way, rather than just up and vanishing on his flock): He told his congregation during a sermon.

It wasn’t the manner in which he had made this declaration that he was taking a break for a while, but what he said that made people sit up and pay attention. He felt distant from God. Now, as a Catholic, I’ve learnt quite a lot about what this means. In Catholicism, sometimes it’s God trying to make a point. This is called a ‘Dark Night of the Soul.’ St Teresa of Calcutta (Mother Teresa, for those of you who don’t know who she is) went through this for ten years. 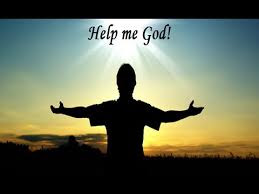 Sometimes, though, it’s just a small chunk of time when we just don’t feel close to Him because we aren’t asking Him for the grace to pray well. But the point is, we need to ask Him for the grace to pray in the first place. When we pray, we are drawn closer to Him, and He to us. Prayer isn’t just a list of ‘Jesus, I want...’ it’s a conversation. When we enter into healthy prayer, we bring our things to the table in which to discuss with our Beloved Lord, but we need to remember, too, that He would like to get a word in edgewise, too, so we need to know when to sit down, be quiet, and let Him speak to us. 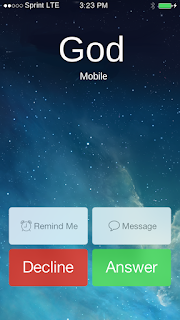 When our Beloved Lord speaks, it’s not necessarily always audible. These things do happen, they are called ‘locutions’, and they are rare. When Jesus speaks audibly to us, it’s because He’s really trying to get our attention on something. I once heard about a priest who had this experience. I was told that this priest was going through some things and had been pleading with our Beloved Lord for some time about them, and he did hear one word: ‘GO.’ Listen, if my Beloved Jesus whispers in my ear something of that magnitude, I’m not going to stop and ask where or how I’m going to get where I’m told to venture out, I’m just going to get up and hit the road.
While Jesus does have a fantastic – and witty – sense of humour, He also does get exasperated with us as any parent does with their child who’s being hard-headed. I remember during the conversation about Jesus speaking to this priest, that the priest again had wrestled some things over with Him and He said, ‘I was waiting for you to make an adult decision for the first time ever.’ I’m badly paraphrasing, but the point is, sometimes we just aren’t getting it and Jesus has to give us the Holy Gibbs Smack to get our attention. 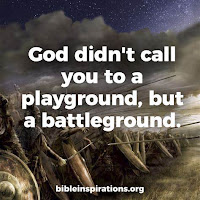 For this little pastor, I’m wondering if that’s what he’s going through right now. I do not know this man, other than he is a minister in a Church out East. I know that he’s feeling some distance from his Jesus, and it bothers him enough to say, ‘Wait a second...’ and I’m grateful to see that he recognizes that just because he works for God doesn’t necessarily mean that they are buddies playing pinochle on Friday afternoons every week. 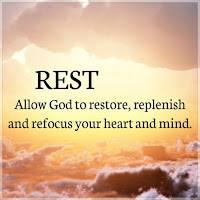 As the pastor continued talking to his congregation, he made a very interesting comment: ‘I’m tired. Now, I want you to hear me clearly: I’m not exhausted, I’m tired. There’s a difference. Exhausted is right before burnout, and burnout is when you don’t want to do what you’ve gotta do anymore. Hear me! I am not burned out! I am still excited about this job! I love this calling! Other than being a father, nothing brings me more joy than being the pastor of Alfred Street Baptist Church. I love wrestling with God and standing before you to share with you what thus sayeth the Lord. … But in order to lead it, I need to be refilled. I’m not leaving you. This ain’t nothing but intermission, baby! I’m tired, and I need you to know, secondly, I feel very distant from God. One of the greatest mistakes of pastoring, is to think that because you work for God, you’re close to God. That you allow your work to be mixed with your worship. And I feel so distant from God. The Lord is pulling me away because I’m in this struggle and I’m not surrendered. And the Lord’s trying to change me... I hear the Lord saying, “Be still.” So, I’m going on sabbatical.’ 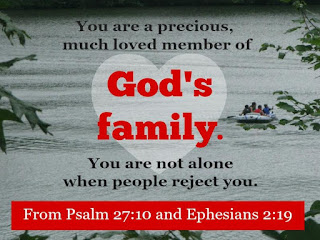 I am not a Protestant anymore, and haven’t been for some time. Having only been formally Adopted into the Family of God this year at Easter, I still remember a lot of things about the Baptist religion that I was exposed to in my early 20s. I had some wonderful pastors, sure, but I wasn’t being really … ‘nourished,’ I guess is the right word. Has nothing to do with their ability to lead or anything like that. I just know that the fullness of the True Gospel of God is the Catholic Church. Period. It’s one thing to have a consistent diet of fast food, but that’ll get you nowhere in a big hurry. It’s another thing, entirely, to come Home and have a good Dinner with your Family and just be.
This pastor isn’t much older than I am (I’m also a 40-something). His comment, ‘I need to be refilled,’ reminded me of a phrase my priest is very, very fond of saying: Nemo dat quod non habet. ‘You cannot give what you do not have.’
This pastor, he’s wise enough he sees that he’s empty and needs to listen to our Beloved Lord when He’s calling him to ‘Be still.’ 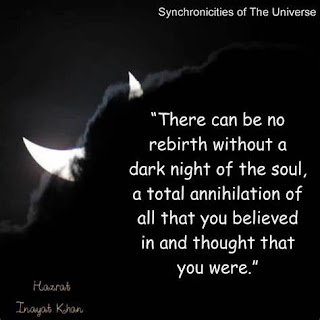 Feeling distant from God can be a scary thing. St Teresa of Calcutta and so, so many others like her, were in that same boat. The ‘Dark night of the soul,’ as it’s called, can be excruciating. I’ve, personally, never experienced it, but I have felt lonely and unsure of where to find Him. But, to be fair, I wasn’t properly led, either. Nothing against my Protestant exposure, but when you have a proper GPS to find something, it tends to leave out the twists and turns in the road that aren’t necessarily needed. It sounds, to me, like this young pastor has enough of a faith and a relationship with his Jesus that he knows when it’s time to step back and allow Jesus to do what He does best. Whether a person’s Catholic, Protestant, Mormon, regardless what they believe in, there’s nothing at all wrong with listening to that voice that calls you to ‘Be still.’
Remember, NEMO DAT QUOD NON HABET. YOU CANNOT GIVE WHAT YOU DO NOT HAVE. 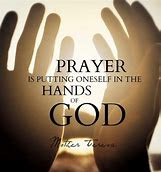 I pray for my priest, just as I do for all priests. I knew one that was actually burned out. And it broke my heart to pieces to know that that’s where he was when we met. I still think about him often. Sweetheart of a guy, but he was burned out in his calling because he didn’t take time to ‘Be still.’
Just because life doesn’t seem to slow down when we need it to, as I mentioned in my reflection for the Second Wednesday of Advent, there’s not a single thing wrong with retreating to Him and letting Him do what He does best: take care of all the heavy lifting. We need to take time to rest in His arms, just collapse there and stay put. As a friend put it recently: pray until you’ve nothing left and you’re reduced to goo. 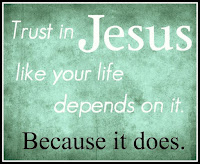 Trust God. He knows what He’s doing. He reminds us in Jeremiah that His thoughts are not ours, and His ways are much higher than ours are. He is outside of space and time, so He knows the whole story. We just need to let him guide us along each twist and turn we encounter, and we won’t bump into any walls or stub our toes on anything in our path. He is there, He is waiting, and He is pleading with us to ‘Be still.’
Email Post
Labels: accountability honesty religion spirituality