Life isn't about having what we want, but appreciating what we already have!

I saw something earlier in my e-mail that prompted me to write this article.

The subject? It was about appreciating what we have. That gave me pause and I thought, 'Hm. I do that. I wonder how many others do, too?' 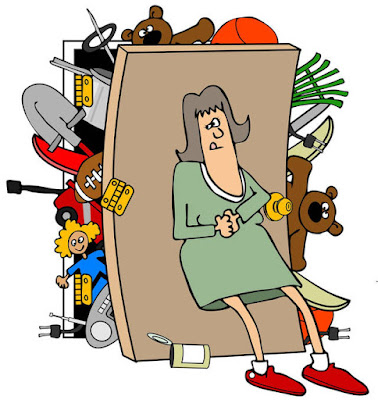 With the way certain events of my life have unfolded up to about 2011, I could EASILY have become a hoarder. Y'all ever watch that show? I'm serious when I tell you, it's scary. If you haven't watched it, it'll certainly give you some major insight into a lot of the way we, ourselves, do things. A lot of times, I've noticed on that show, the one common denominator is a major traumatic event that's caused them to hoard. The last seriously traumatic event that's happened in my own little world was 2011, and I'm fortunate. I'm fortunate, too, that I have anxiety because I cannot handle clutter. I can't. It just doesn't mix well with me. So, in some ways, anxiety is the bane of my life, but in others, well, it's a blessing in disguise. But, that's not what this post is about.

No, I want to discuss something else. I've written about this for the newsletter at my parish, but I want to address it here, too. The world is, in a way, a sort of identity thief. The world is always telling us we 'need' the 'best' of everything. While no, this isn't necessarily a bad thing, it can be dangerous. I'm sure you're sitting there scratching your head and wondering what I'm babbling about, how it could be 'dangerous' to want 'the best' of everything.

If you are living on a shoestring budget (like yours truly), and you see that ... Well, let's go with the big-ticket items, okay? You are sitting there snarfing down dinner and a commercial comes on the telly whilst you're eating, and you see there's this gorgeous, shiny, absolutely stunning truck flash about your screen, and you hear all the beautiful specs about it, and you think, 'Hm. Mine's barely being held together by prayers and swears. I could go for a new truck like that! I deserve it, I've been working my whole life, I can do this! They say they'll give you so much toward any trade-in. Well, truck, it's time we part ways! It's been a great time and all, but you gotta go!' And you go down there and you do all the necessary paperwork and whathaveyou, but then... Then you realize you're saddled with this massive payment each month that's more than your rent and phone bill combined. How on earth are you going to pay for this? You could hit up family each month to cover what you can't, but that could get old and your family will eventually get sick of it and tell you no. Or, you could take out loans after loans after loans, but even then, the interest rates alone will annihilate your credit report because you're going to be late. Sure, you've got a shiny new truck, but the loan companies are going to start getting annoyed, and they're not nearly as kind as your family!

Or maybe it isn't even a new vehicle, maybe it's something else, something like a new telly or brand new furniture. You've always wanted matching living room, dining room, and bedroom suites. Same analogy: you feel like you 'deserve' it, you've 'earned' it, so why not, eh? It's normal to want these things, but if you don't have the means to purchase them, or in the case with the vehicle, a way to pay the payments every month and still are able to cover other bills, too, then there's nothing wrong, no shame, in saving up the money for the items you think you 'deserve' and have 'earned' for yourself.

In my apartment, I've got all manner of mismatched everything. I think the only things that do match at this point are the plates and bowls in my cabinet. I'm completely serious. All the other furniture was just kind of pieced together, but I'm happy with it. I guess it's because it's the artist in me, I'm happy with different and unusual. I don't like things to match, because the match is boring. Just... don't judge too harshly about those bowls and plates, alright, those were inherited from a very dear friend whom I miss fiercely.

I never believed that I 'deserve' something unless I've earned it, myself, through my own hard work and efforts. I never did understand the mentality of 'I've earned this,' or 'I'm owed this,' because no, no you weren't. No one is 'owed' anything.

Look around you. Take a careful look. Is everything you have yours outright? You should appreciate that when you look up, you don't see the sky, but you see a roof over your head to keep you safe. You should appreciate when you look around you, you see walls and hopefully windows to keep you safe, but also afford you the ability to watch outside and you're not freezing or wet, or too hot. 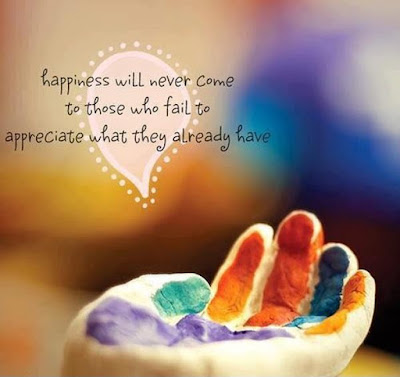 You should appreciate that there's deco on the walls, and if you flip a switch, you have light to see in the dark. Things to sit on like chairs and couches, a comfy bed to sleep in. A table to eat on with your friends, family, whathaveyou. You should be appreciative of the fact that everything you have is yours. You won't have someone coming to repossess anything, because it is yours. You worked for it by your own efforts (or if it's a gift, well, appreciate the fact someone considered you enough that they felt you'd enjoy something from them and gave you something nice out of the kindness of their hearts... I'll get to this point in a second!).

Stop listening to what the world tells you that you 'need' and start appreciating what you've been blessed with. Truthfully, if you've got a roof over your head, and even the barest of minimal furniture to enjoy, you are richer than about 85% of the population. I promise you.

It's time to stop wanting more, more, MORE, it' time to be thankful for what we've got. You never, ever know who out there is wishing to have even a fraction of what you've got. Having more isn't necessarily all it's cracked up to be, either. 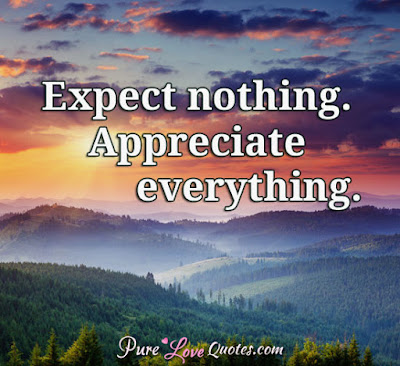 Now, visiting the topic I mentioned about gift-giving, I have to say, I have witnessed some very ungrateful and entitled gift recipients in recent history. It's baffling to me how this worked out. I was spending a holiday with a friend of mine and she and her family were passing out gifts and each. and. every. time. someone had something negative to say about their gift. Like, what is wrong with this picture, eh? When I was given something, I was thankful not just for the gift, itself, but for the fact that I was included in their holiday fun. It’s ridiculous how little they appreciate anything that they were given. Each gift they gave each other, something negative (sometimes some vicious stuff) was said about the gift. Like, can’t you just appreciate the fact you were even thought of? I don’t get it.

When I was growing up, we were taught to appreciate EVERY. SINGLE. GIFT. We were also taught that if we wanted something that wasn’t a gift, that we either had to earn it (if we weren’t old enough to work outside the home) or to get a job (when we were old enough to do so). The fact that people don’t take the gift they were given and say, ‘Hey, thank you so much for this!’ even if it’s hideous, baffles me. It’s the thought that’s behind the gift. The fact the person was out and about, spent money they PROBABLY DID NOT HAVE on a gift they thought you might like… Whatever happened to saying, ‘Thanks so much!’ I don’t get it! I really don’t.


Sound off in the comments: Do you appreciate what you have, or are you sucked into the lifestyle of ‘More, more, MORE!’ No judgment, promise.
Email Post
Labels: accountability be kind behaviour drama friendship gratitude holidays humanity love negativity relatives spoiled