Love hurts when it ends. But, why?

Love. There are varying definitions of that word, but I want to talk about romantic love, and specifically, why does it hurt so much when a relationship ends?

My niece asked me to try to answer this question. I told her I would do my best. I won’t go into the specifics behind her reason, but I will say that there’s not been one person I know who HASN’T gone through the blistering heartache of a breakup. We all have, regardless of how amicable (and in some cases, toxic) it was.

Alright, so here we go. 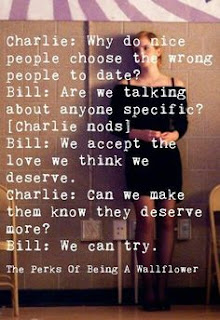 When my niece answered my question about topics to research with this statement, that was my immediate response to her. ‘Because we accept the love we think we deserve.’  (This was a quote in my FAVOURITE movie!)

It’s true, though. When we’re raised a certain way, we don’t really know that there’s other things out there until MUCH later. My neighbours and I were sitting on the patio this afternoon discussing this very thing, interestingly. It’s a shame that a child is raised up with toxic things like, ‘You’re ugly,’ ‘You’re fat,’ ‘You’re [insert derogatory statement here].’ Most gals I know have been through this, myself included. It’s a shame. So, growing up, hearing this blasted into a person’s head day in and day out, all that’s left is to think that we only deserve to be with partners who berate us and do ugly things to our minds, because all we’ve ever known is being broken down.

With much hard work and really working on rebuilding, it’s become something I, myself, have been able to put in my rearview mirror. I don’t allow people around me who don’t respect me, and I am not at all bothered about cutting ties with people who treat me less than I deserve to be treated.

For years, I thought I deserved to be lied to, cheated on, I thought I was the problem. Mm mm. Nope. And for you who are sitting here reading this right now and facing these issues, yourselves, I say this:

YOU DO NOT DESERVE TO BE TREATED LESS THAN 100%. You are a person. You deserve to be treated with respect, with kindness, and you deserve to be loved in such a way that makes you never question the person’s intentions. 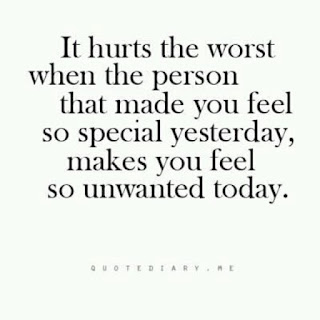 You are not trash, you are not a doormat. You have a right to be treated equally to your peers. Plain and simple.

As people, we are designed for companionship. We’re not designed to be autonomous. We’re designed to have a partner to navigate the waters of life. We’re designed to be social creatures, to go out and make friends and interact with fellow humans. What’s crazy is, there are certain things that attract us to one person more than it would another person. For example, if you were to go out to, say, the park, and you see someone playing frisbee with someone else, and the one person catches your eye not because of what they’re wearing, but because of their looks, what is it about their looks that makes you curious to get to know them better? Is it their height? The way their hair is styled? Skin? Eyes? Clothing be damned, there are physical attributes that draw us in.

It’s hard to say why we’re attracted to one person versus the other. For me, personally, I’m drawn in by the way a person’s face looks when they smile. I’m weird, I know. I also look at the person’s hands. I have a friend who’s drawn in by how ‘pretty’ a guy is. Some of us are just more into the superficial than others. Myself, I’m not interested in superficial things. If you can make me laugh and you don’t bore me with small talk or aggressively flirty messages and other b/s, then you have my attention.

Humans are attracted by some weird stuff. I went on a date once with a guy who liked my scent (cue the screaming and running away NOW). All I had done was shower earlier in the day. He was a weird guy. Like, he was actively SMELLING ME and telling me how American girls smell so good. For reference, he wasn’t American. He was from another country half a world away, and he’d not been in the US very long (maybe about eight years by that point). Odd duck, that one.

Anyway. Got off to a random rabbit trail there. My apologies.

We find someone who’s interesting, whether we’re drawn in by the sound of their voice (that’s another big one for me. I have mysophonia, so I’m REAL sound sensitive, and if your voice annoys the piss out of me, well, I’m not even sorry for saying so, but move along, mate!), or the colour of their eyes, hair, or whatever else physical attribute that catches our attention, and we strike up a conversation. Oftimes, that conversation leads to more conversations, plans made to hang out, and before you know it, you’re sharing things with each other that aren’t so ‘getting to know all about you’ type things, but things on a much deeper level, and you find you’re able to relate to each other in ways you couldn’t with anyone else before. That further deepens your bond you’re forging, and next thing you know, you’re defining your relationship – whether exclusivity or just casual – and emotional investment’s further along and then one day… Whether it’s months (or in some cases like my niece, YEARS), later, something happens that tears your relationship to pieces. I won’t go into what happened with her situation, but I can tell you that there are a wide range of things that can cause a breakdown of a relationship. Some examples include but are not limited to:

There are other things, but I don’t want to go through the entire gambit. Each reason is more preposterous than the previous, and I’m sure you get the point. But, the question begs for an answer of why does it hurt so much when these things happen? It also begs the question of, ‘WHY DID THIS HAPPEN IN THE FIRST PLACE?!’ And the answers to those questions are quite simply summed up with one thing: You invest your time, your emotions, your entire existence into this person, making sure they’re happy, comfortable, having a great time. And you’re thinking things are going so well, but you don’t see that there’s something else going on here: It’s all you doing the work, and barely anything – if anything at all – from the other person. They do JUST ENOUGH to keep you coming back for more. It’s almost like an addiction of sorts. The teaser to get you hooked, and then the ‘taste’ here and there to keep you coming back again and again, and then all of a sudden, they tire of you and rather than be intelligent and courteous enough to speak up, they do the cowardly thing (yes, I said it! It’s COWARDLY to do this!) and disappear. Whether through some bullshit excuse or just outright disappearing without a trace or explanation. 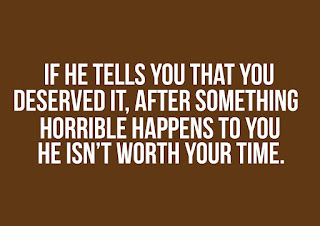 Now, don’t get me wrong, there are uglier things that can cause a breakup, as well. Abuse is a perfectly valid reason to disappear. Domestic violence is not something that’s easy to get away from, but when you do, it’s still a question of, ‘Why did this happen to me? What the hell did I do to deserve this?’ only for a colossally different reason than being spurned for another love interest. There is no reason for cheating or abuse. Just isn’t a single, solitary valid reason. PERIOD.

Years ago, I was given a rather interesting analogy about relationships, and I’ll try my best to convey it here. Bear with me, it’s been easily about thirteen years now, but here goes:

We’re, each of us, like pieces of paper with glue (our emotions). When we get together with another person, that glue on their paper merges with our glue on our paper, and we’re fused together emotionally, psychologically. We drift along together through time, and then one day, something comes along – whether it’s domestic violence or the partner wanting to be a completely worthless person and cheat on the other partner, and that fusion starts to get breached. The two papers which were fused together, start to rip apart. Only, the problem is, each paper is so fused with the glue that the glue isn’t yielding and allowing the papers to tear asunder and be like they were before. They are now and forever damaged, altered and no longer the same as before. Part of your paper is part of you is part of your now-former partner, and part of your now-former partner’s paper is now part of you. There’s no scientific explanation for this, other than simply saying that it’s just how we’re designed to be. It happens with friendships, too. Fingerprints are a thing, not just for CSI people to go looking for, there’s emotional fingerprints (and in some cases, scars) that leave us forever changed. 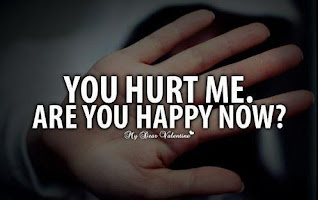 It’s not exactly the answer any of us were hoping for, I know, but there’s no one specific answer I was able to find in my looking. I challenge one person to give a definitive answer, and cite sources, on how this works.
Email Post
Labels: accountability anger be kind behaviour breakup crazy exes drama friendship honesty humanity love negativity online psych random thoughts relationships social media