Oh, Mr Orwell. Did you have to be like that?

It's only the 20th, and already I'm ready for the new year to begin!  I'm happy to say, though, that my 'writing everyday' has pretty much (mostly) been going well.  Whether it's my paper journal or a review of a book I'm reading, it's not been every day, but I've done a lot more lately than I had for awhile. 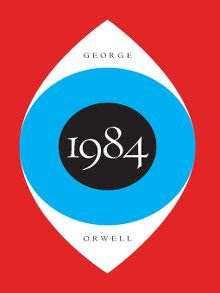 Speaking of books!  I need to share my thoughts about George Orwell's gem, 1984.  I don't know about anyone else who's read this, but I thought the ending was rather sad.

When I've mentioned, 'Oh, I'm reading 1984,' those who have read it, whether they know it or not, tend to give a little shudder and their facial expression changes to a mix of worry and horror.  It's brief, but I do notice it.  I talked with Shawn about it, and he replied in kind with, 'How far have you gotten into the story, love?'  Well, at the time, I'd barely scratched the surface of the 20-something percent range (per my Kindle's screen).  He just smirked and said, 'Keep reading.  You'll see.' 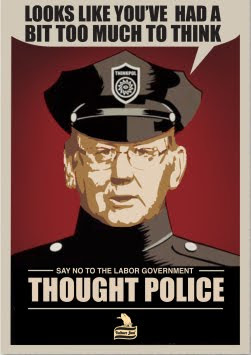 I did.  I read it cover-to-cover.  I couldn't put it down.  I mean, I know I've said this in the past about a lot of books (Thank you, Anne Rice!  Thank you, Stephen King!  Thank you, Neil Gaiman!  Thank you, Frank Peretti!), but this one was rather peculiar.  Not so much in a, 'Hey, this is a really weird story' type of way, but a, 'How in hell would he know this would be a thing, and he wrote this many years before I was even born?!' kind of way.  Did it scare me?  Not really.  Not the way Mr Bradbury's Fahrenheit 451 did when I was a teen.  However...  I saw something yesterday online that caught my eye, and one of the subheaders in the article made my heart stop for almost a solid minute.  In China, apparently their government - though strict - has gotten to be a lot more harsh about dealing with certain......behaviours.  One of the subheaders in the article was named, 'THOUGHT POLICE.'  You think about the fact that the LEOs in 1984 were called such, themselves.  So, that was a little unsettling. 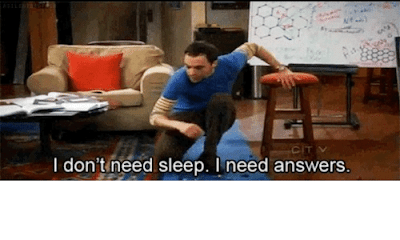 Overall, though, the experience in Room 101 had me wanting to scream, 'NO!  HOW IS THIS LEGAL!' but it was really early in the morning and I doubt my neighbours would've appreciated that.  I doubt, too, Shawn would've appreciated being startled awake, even though he wakes me up sometimes when he's rattling off weird stuff in his sleep! 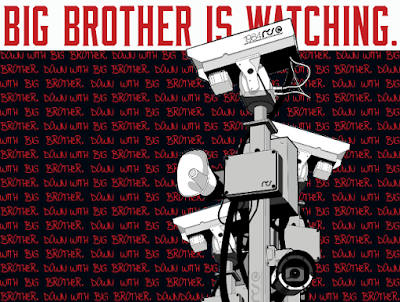 Truthfully, I think the scariest part of the book for me, besides the experience in Room 101, was when Winston and Julia were arrested.  It wasn't so much the why, but the how the officers made it known that they were where they shouldn't be.  They were talking and another voice... That right there scared me.  I was so glad Shawn was home when I read that part!  I had to reach over and put my hand on his arm to remind myself, 'No, this is just a story, it's okay, you're fine, you're home, this is YOUR home, you're ALLOWED to be here.  This is just a book, Rea!'  Pretty trippy stuff, that. 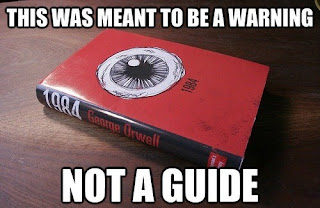 I guess part of the reason this novel didn't affect me as badly as everyone insisted it would is because of three things:  1) I went into it with a writer's mindset.  I read it from the angle of doing research for my latest project.  While yes, I'd always been rather curious about it, hearing random offhand comments about how we're living in a 'modern day Orwellian society,' and whatever other statements of the sort, I went into it with the realization that it was going to not just be a really messed up story, but a seriously heavy read.  The book itself isn't that long, but I've read shorter books that've taken me months to get through.  Not because they were boring, but because of the content therein. 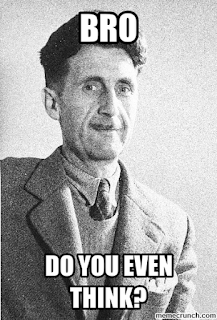 2) Shawn had warned me, as have others, about how indepth it would get, and how intense.  So, I was a bit more prepared than some average curious party who'd never even heard of Orwell but was on a science fiction kick and decided to check the book out.

3) I'm a big, big fan of dystopian fiction.  Suzanne Collins' The Hunger Games series, Veronica Roth's Divergent series, those were great YA novels, but they got me curious enough to check other things out, too.  And as aforementioned, I'd read Ray Bradbury's Fahrenheit 451 in high school.

Now, don't misunderstand what I'm saying here:  I'm not saying I was not affected.  I was.  I just wasn't as badly as a lot of people with whom I've had conversations about this story have expressed being left in a crumpled heap in a corner once they closed the book after reading the last page.  Mr Orwell really not only knew how to spin quite a yarn (albeit predictive!), but he did it in such a way that he drew you in and didn't let go of you until he was done with you. 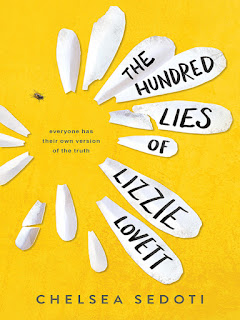 There are so many scribes out there of whom I've read their work, but Orwell has certainly left quite a mark on my poor little mind.  Helluva book for sure but I think the next book I pick up, after I finish The Hundred Lies of Lizzie Lovett by Chelsea Sedoti, I'm going to pick up On Writing by Stephen King.  Kinda bring myself back down to planet earth for awhile.  Even though Ms Sedoti's book isn't exactly...normal.  It's an odd story, too.  I hadn't finished it b/c I was waiting for the library to let me know when it would be available again.  It's been sitting in my Kindle for some days now, about two weeks, if you want to know.  But in my defense, Orwell.  Orwell.  Need I say more?
Email Post
Labels: behaviour books fiction honesty humanity husband writing