Thoughts from meandering through my day today... 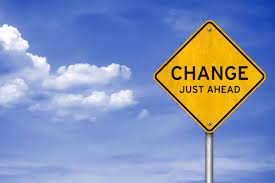 I live near a shopping mall, and a few years ago, Shawn (RIP) and I went to look around at the final days of SEARS’ brick-and-mortar store. When we walked into the store, what was left of it, all we could do was just stand there and look around, and then at each other, just speechless. We’re both in our late-40s, so we remember growing up with SEARS being an ever-constant presence throughout our childhood and adolescence. So, to see the shelves basically empty, and even the shelving units, themselves, as well as the display cases, the shopping carts also had price tags on them, no lie, I felt like another piece of my childhood was disappearing. It’s no secret I don’t have many good memories of my childhood, but one of the few good childhood experiences I had, I was able to go with my Grandpa (RIP) to SEARS every once in a while when he needed to buy tools, or if we went for clothing/shoes, etc. Sigh.

Now, when Shawn and I went to see the last days of SEARS, we noticed a lot of the stores in the surrounding hallways of the shopping mall were closed. Like, CLOSED. There were a few establishments still around, but the mall, as a whole, is as I write this, almost a ghost town. I’ve since gone back a couple times in recent months, just out of boredom and morbid curiosity to see which businesses are still around. There … aren’t many. And even less so since Shawn and I went that one time to look around. What makes me sad about this, it’s a few things: the internet seems to continually swallow up brick-and-mortar businesses. Do I worry that my job is in danger of such a thing? Not really. But just the same! I mean, I grew up in a generation where the mall was the place to go. Not just for shopping and people-watching, but for hanging out, goofing off, and that’s no longer a thing anymore. Now, everyone’s sucked into their phones, tablets, and laptops. Sure, I’ve room to talk, right, I’m communicating this post to you by way of my own laptop, but just the same, man, this just makes me so sad, because we’re so technologically dependent anymore. 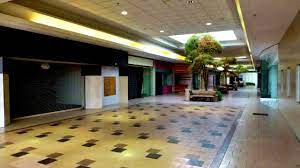 Now, let’s be fair, okay, I’m not saying I’m not grateful for technology – after all, we’re still in the throes of a very deadly pandemic, so technology affords us the ability to still feel connected while we’re trying to keep as safe as possible. I keep thinking about the earlier pandemics of the world – the plagues, the Spanish Influenza pandemic, etc – and I am grateful that we’re able to connect with platforms like Zoom, Skype, and such other video-calling software, so we can still see each other, even though remotely. The survivors/victims of pandemics-past, they didn’t have that. We’re able to keep in touch by way of e-mail, social media, text messaging, so we can at least touch base and check in on each other.

On the flip side of that, though, online shopping, pre-pandemic, I mean, all but inhaled the ability to go in person and shop. Interact with business owners, workers, etc. It’s a necessary evil nowadays, but nonetheless… It hurts. 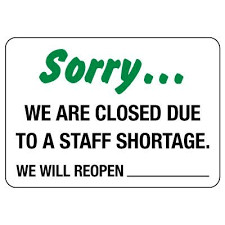 So, when I stopped at the said mall today on my way home from taking a friend to help him run some errands he needed to do, I realized I was hungry and went to the food court to see what – if anything – was open. Only one – ONE! - business was still functioning. I’d never eaten there before, so I decided hm. Their menu looks good, so I’ll get something from them. While I was chatting with the employee, I asked her, “Are you guys the only restaurant open anymore here?” She said, “Yeah, unfortunately.” She said she didn’t know why, but we concurred that it was likely because of the pandemic. She brightened a little and said, “Hey, more business for us, though, right?” But her smile did not meet her eyes. I could see the sadness there that she was fighting – and not successfully – to hide. She took my order, and while I waited, I couldn’t help but look around a little bit at the empty storefronts and just shake my head a little bit, feeling like it’s finally happened: we’re on a slippery-slope to a dystopian society.

Ah, humanity. What are we doing?! 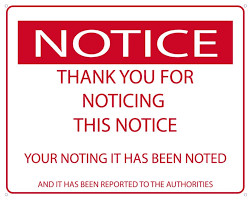 Then, on my way home, I decided to stop by the post office to pick up my mail, and I found a gem in my box. A notice telling me that my renewal was coming up soon, and some interesting information about an increase in pricing very soon! Oh, dear. If post office box rental customers pay their fee before the 9th of this month, then their renewal stays at the current rate that they paid to rent the box when they signed up, and if it’s paid on or after the 31st, then it’ll be the new rate. Huh. I know inflation is a thing, but I kinda don’t want to not keep my post office box, so alright, I’m curious. I went to the counter and asked about it, and the lady explained how it plays out (as I just outlined), and I asked her how much my current rate is (I couldn’t remember, I couldn’t believe my renewal is already up soon, I’ve only had the box since the fall, because housing was taking 734 business years to quit dragging their feet about getting their stuff together so I could get my lease signed to my current apartment and get moved in, and I needed a place to have my mail routed to in the interim, so here we are)… She told me, and I asked her how much the new rate is going to be, and she and her co-worker both looked me dead in my face and said, “They haven’t said yet, we don’t know.” Oh, lovely. Mind you, it’s already the fifth of January, so time’s tickin’, but cool, Post Master General, sure. I said, “Oh, okay, well, let me run out to my car real quick, and I’ll just go ahead and pay it right now because I know me, I’ll forget, and I despise surprises!” 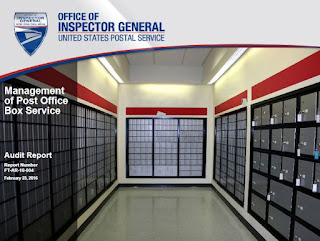 When I came back inside to just go ahead and pay my renewal (because I’m fine with paying when I know how much it’s going to be), she said, “What’s your box number? I remember you from when you signed up, and I don’t think your renewal is up yet. Let me check.” I tell her, she confirms my name, and she says, “You’re actually not going to be able to pay it until [date], so, unfortunately, you’re going to have to pay the new rate, anyway.” Um. Oh, dear. We had a laugh about how wacky the Post Master General phrased the notice, and we were all baffled how they couldn’t tell the post office employees how much the new rate’s going to be so they, in turn, can let the customers know so we customers can do that pesky important thing of being able to budget for that amount when it’s due, right? I told them, “I don’t even work for the post office, and I’m frustrated for you guys, because while no, I’m not mad about it, nor am I surprised the rates are increasing, there’s no doubt a lot of angry customers who DO have a go at you about something you have zero control over!” I have a lot of respect for postal workers, honestly, because it’s a stressful job. Adding this big question-mark variable they’re not privy to because the PMG isn’t divulging to their employees so the customers can be notified and make adequate arrangements… Yikes. I told them I’ll renew it in the month it’s due, because I don’t want to not do that, but just the same, man… Things are getting crazier and crazier, y’know?

I don’t even know what to think anymore, y’all. I trust in God, though, I know He’s got everything under control (even if we don’t/can't see it, He does!)… It just hurts my soul to know that there’s so much happening, and very few people (it seems) trust God to sort it all out. 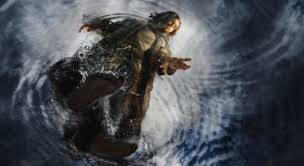 Tonight, during PSR, we were talking with the kids about keeping our focus where it belongs, on the Lord, and taking comfort in knowing that even though things are absolutely upside-down right now, there’s a reward, a big, beautiful, priceless reward waiting at the proverbial finish line, and each little bit of joy is only the tiniest glimpse of what that reward is going to really be like when we finally can experience it!