Hello, Reader.  It's been a while, hasn't it?  To be precise, it’s been thirteen months and seventeen days since my last post. It’s been quite an interesting time of things, to be sure. I’ve been really struggling to get my creative voice back, but it’s not been easy.

As 2021 wraps up, I can’t help but think how long this year seems to have been. This isn’t the first attempt at writing this post, but I want to just address a few things. 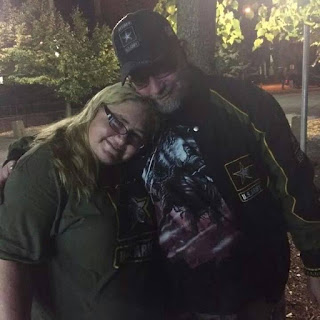 Firstly, this entire year has been the sandpaper I’ve needed to slough off some rough areas. I’ve lost people I thought would be in my life for a lifetime - for example, my high school sweetheart died in April under very suspicious circumstances just days after his birthday. He was – is – one of the few most important people in my life, and I miss him. I have a job that I once enjoyed, but now I’m having a difficult time looking forward to doing these days, but I’m trying.  This is a picture of us from when he came to visit for six weeks back in 2014.  The first time we'd seen each other since 1991, right before his graduation from high school.  I love you forever, Gimli...

On the positive side, my daughter and I are forging a closer bond every day, and I’m grateful. She will be 22 in a week, and she and I have some of the most random, off-the-wall conversations. We make each other laugh, we make each other think. She’s listed in my phone as “Mini Me” for a reason.

In February, I had a COVID scare after a wonderful retreat I was fortunate to attend. Two weeks in quarantine and a PCR test later, I found out I was okay, thankfully, so I went back to work. The Friday of the week I went back to work, which was also the first Friday of Lent, I managed to trip over my own feet and broke my shoulder in four places and broke the triquetrum bone in my wrist. I was at work … getting ready to leave for the day. Thankfully, both were on my left arm – I’m right-handed, so it wasn’t as frustrating as it could’ve been, I’m not the most patient person when it comes to trying to get better. I was off work for seven weeks, and during one of the follow-ups, I found out the break that was on the neck of my humeral head was within a millimetre of needing surgery. Yikes.

In July, my dog, cat, and I were all displaced, because the hot water tank in my apartment expired and sprung a leak. The shelf-life of hot water tanks, apparently, is about ten years. The one in my unit lasted for a little over eleven. It’s crazy, I had been thinking about moving for about a year (I’d lived there for almost seven years), but I’d hoped to do so after I graduated from CSCC, where I’m working on an AA degree. Apparently, that wasn’t meant to happen, and thankfully I’ve got renter’s insurance, so the gremlins and I were able to stay in a hotel for a couple of months. When the money was about capped for that, my ex-husband was kind in letting my animals go stay with him until the apartment I was able to get us into another apartment.  Only took nearly four months, but I am stronger in my faith as a result, so that's been a huge provision...

The apartment where we live now, it’s so much better. It’s quiet. There’s no loud neighbours, and my apartment is smaller than my last place, which is probably my favourite part (in addition, of course, to the quieter environment haha). Bills are much cheaper here, and I get to keep my pets. My fish tank needs a new filtration system, and after the holidays are over, I’m going to work on getting that handled and get some more fish eventually. Perhaps around Valentine’s Day I’ll be welcoming some new scaly roommates.

The new year began approximately an hour and twenty-six minutes ago, and while a big part of me is excited about seeing the potential for new adventures and new challenges in the year to come, an equally large part of me is hesitant to be excited to fling my arms wide open and welcome this. Maybe it’s because 2021 was so rough, with everything happening so rapid-fire. Maybe it’s because I should’ve been getting ready to graduate in the Spring, but that has been pushed – nay, shoved – back a bit further. And I’m okay with that. The end of Spring 2021 and the entirety of Autumn 2021 terms were brutal. I’ve learnt a lot of new and interesting things, sure, but if I’ve learnt anything truly useful is this: slow down.

I’m not big on “New Year, New Me” nonsense, certainly not into the whole “New Year’s Resolutions” thing, but I will say this: I’m going to make a better effort to slow down. To pick up my creative pen again. I had creative laryngitis for four years – from 2012 to 2016 – because of some trauma that happened, brought on by abuse I endured from someone I was involved with for over a year. I started to feel that scratchiness again (metaphorically speaking) in recent months, this time brought on by other … shall we say events and having my ear trained in the wrong place. I allowed bad advice and terrible misinformation lead me to somewhere that was not only a dead end, but a buzz saw that cut me pretty deeply. As a result, I didn’t want to write anymore.

Then . . . something interesting happened. I was cleaning out my e-mail and I came across one from a group of people I was involved with – other creatives – several years ago, one of them reached out to me about involvement in a writing challenge. Writing every day for an entire year. These individuals are legitimately encouraging, accountability-holding; a quality group of people. Each of us writes different genres and such, but I’ll finally have a good group to talk to about writing and bounce ideas with, which is something I’m looking forward to having at last. I feel like I am able to breathe again. For me, Jesus and writing are both huge parts of who I am. They’re as important to me as oxygen. This blog is focused on my faith, and while I don’t really have anyone to talk to about Him in casual conversation, I feel I can at least do that here. Writing about Him – random thoughts I have about Him, trying to make sense of life, and figuring out where I fit in this crazy experience of being human, all of the in-between stuff, this will be my place to do such. Even if no one reads it, even if the only people who see my writing are random strangers who accidentally find my blog and only spend a few seconds before meandering to somewhere else in cyberspace, at least those seeds will be planted, and I’m making peace with that. 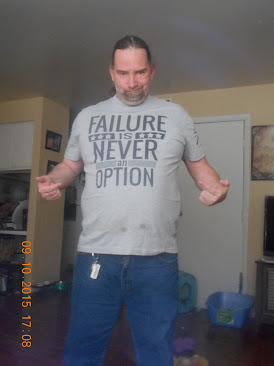 This past year has taught me how to let go of things I never had in the first place, and to accept things that are, as they are.  Failure is not an option, and I made a promise to Shawn that I won't give up.  I don't believe in flaking on promises, and since he was - and still is - one of my most important people in my ever-shrinking circle, I'm dedicating this writing challenge to him.  He fostered my creativity, and sometimes it would get on my nerves so much when he'd ask me, "Did you do any writing today?" or "When was the last time you did your Morning Pages?"  "You should do an Artist's Date Day, you haven't done that in awhile.  What's up?"  The best way I can think of to honour his memory is getting back into my creativity.  Getting back into my art.  I love tapping into that, and I legitimately miss it.  So, here's to 2022, full of writing, photography, and music.
Email Post
Labels: accountability babbling be kind creativity memories shawn slow down writing writing challenge
Location: United States