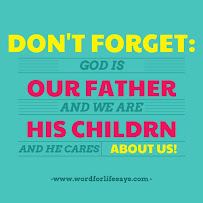 If God is the Father, and He created us, then it stands to reason that Jesus quite literally meant we are children. Yes, we’re adults, teens, children in primary school, toddlers, and infants in the literal earthly realm.  But in the grander picture, we are God’s children, because He adopted us into His Family at our Baptism.  Because of this, we have a Parent Who loves us beyond reason, comprehension or rational understanding. He won’t abuse nor abandon us. 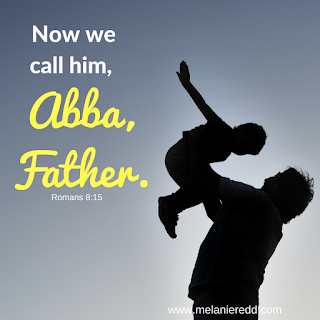 Growing up, I was exposed to some pretty ugly things, including emotional neglect and abandonment. Yes, I had my mother and my brothers’ father in the picture, but the abandonment happened when they crossed the line from parent to monster. They abandoned their role as parent when they embraced the role of abuser. As a result, I have a tendency to feel a deep sense of panic whenever someone I’m close with is angry with me or just doesn’t have time for a conversation, let alone a visit. Abandonment issues are a painfully real wound I’ve been struggling with for a very long time. So it’s been difficult to even just accept at its face the very real love and compassion of God, Who Is my Father, but the good, kind, and loving Father Who Is not abusive or cruel in any way. The more I’ve grown to know and understand about Him, I’ve been able to see something really amazing: He isn’t, nor has He ever been, nor will He ever be blind to the things going on in each of our lives.
In Gethsemane over 2000 years ago, He took on all of our lived experiences. This includes not just our own pain, but the pain we cause others, because He took theirs on, too. If you think about it another way: we are all interconnected, like a puzzle, and Christ Is the One Who keeps us all fused together. Even though He suffered greatly for and because of us, He still loves us to help us when we need Him. Not unlike when our children hurt us, we still reach out to them to help them. Just the same, we, as children, reach out to our parents when we trip and fall and get hurt and cry out for comfort. 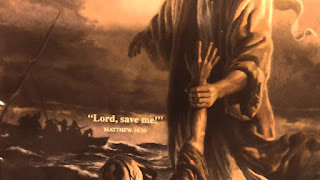 A wonderful example - and one of my favourite events in history - is that of our Beloved Lord was walking on the Sea of Galilee in the storm and St Peter joined Him on the water. When St Peter shifted his gaze from Jesus and realized there was still a storm raging, even though he panicked when he started to sink into the water, he cried out to our Lord for help. Our Lord, in His compassion, reached down and grabbed St Peter from the water and put him back into the boat. Instead of yelling and berating St Peter, He simply said, ‘Why did you doubt?’ 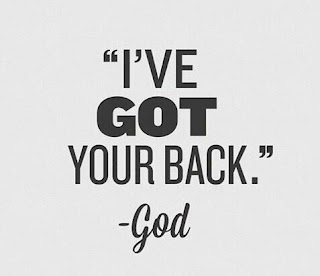 He’s a good, loving Parent Who isn’t going to give the ‘I told you so!’ spiel, but rather the ‘What did we learn?’  This is something that takes a lot of getting used to for anyone who has ever been through abuse. Those of us who haven’t experienced loving guidance from childhood on by earthly parents find this kind of love and acceptance difficult to relax and enjoy. When faced with this concept of genuine love in all its unconditional beauty, we often hesitate reaching for what’s freely offered, wondering what the catch is. After all, how is it even possible something so amazing can possibly be free for us, too? This unconditional acceptance and affection are hard to fathom given the ugliness we’ve endured by those who claim to ‘love’ us ‘so much’ but that ‘love’ was only pain and hurt masked and justified by our monsters abusing us. ‘I don’t understand, after all I’ve done for you, why are you lying about this? I would never, ever do such a terrible thing!’ Gaslighting isn’t limited to spouses and dating partnerships, it’s also something that affects children, too and leaves a lot more lasting mark from the damage than if it’s one adult to another.

Our beloved Lord, however, is straining to reach through those ugly barriers and trying to show us that what we were taught was ‘love’ is not love at all. He wants to show us what He’s offering isn’t only love in its purest form.  He’s also offering healing, He’s offering His protection and His peace, making known His unfailing, unwavering willingness to be a parent to us and raise us up where He wants us. It’s where we’ve begged to be pulled safely away from the monsters and into His Embrace. 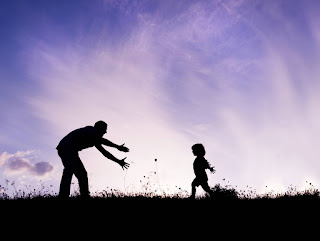 Another thing we fail to allow ourselves to do is just run to His open Arms with abandon. Not unlike St Peter on the Sea of Galilee, telling Jesus, ‘If that’s really You, please have me join You.’ Jesus replied, ‘Come,’ and St Peter, in absolute trust, went to Jesus on the water. Even when the storm distracted him, he trusted Jesus would save him when he cried out as he was sinking. Why don’t we trust Him as easily? All throughout the Gospels, there are so many accounts of His willingness to lend a hand, so many people just trusted Him at His Word, and He helped them with everything they trusted Him with.

Jesus Himself, in Matthew 18, states we are to humble ourselves as children so we can receive the Kingdom of Heaven. The way things have been playing out as of the last several decades alone, we’ve become quite jaded, with the mentality of, ‘What’s in it for me?’ or as I mentioned earlier, it’s stemmed from trauma inflicted by people we’re supposed to be able to trust, so the question of motive comes into play. 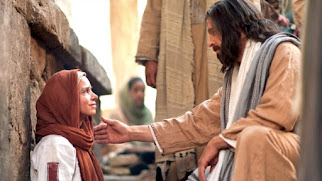 Another favourite example of childlike trust that comes to my mind as I write this is the woman with the hemorrhage for twelve years. She’d spent everything  she had at various doctors trying to find some relief, but to no avail. Then she hears of all the amazing miracles our Beloved Lord was doing for so many people, so she decided to, quite literally, reach out and touch Him. She trusted that all she had to do was at the very least just touch the hem of His garment and she’d be healed. When He called out, ‘Who touched Me?’ He knew, of course, who it was, but He wanted her to speak up so He could personally reassure her of her wholeness because of her faith. He acknowledged her personally as ‘Daughter.’

Can you imagine what that’s like, hearing Him acknowledge you as ‘daughter’ or ‘son’? The Creator, Himself, looking and seeing you and using such an intimate term to identify you? This is quite something. It’s very really what we fail to realize, this is our actual and literal identity: beloved child of the living God. 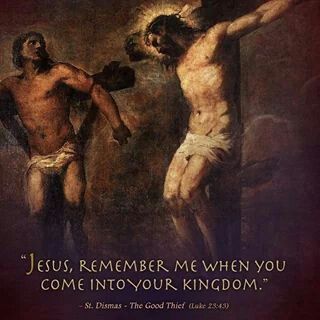 So if this is true – and it is – and we can see account after account all over the Bible of people needing and receiving help from Jesus without fail ... why do we have such a hard time reaching out with the full confidence He will come running to help us, too? If He so readily helped St Dysmas at the time of his death (he was the penitent thief crucified to the right of our Beloved Lord at Calvary), reassuring St Dysmas he would be in Heaven when he died, why wouldn’t our Lord come to our rescue, whether in a situation in life or at the moment of our death, too? Our Lord knows ALL of what we’ve been through and will face. Even those who have been orphaned by means of outright being denied parents to raise a child from birth, or those of us who have been orphaned by way of emotional and physical abuse, He has all of us covered! ‘You’ve had a terrible set of parents. I love you. I am giving you a Father and mother – My own – that I will GLADLY share with you.’ How amazing that our Beloved Redeemer is so loving as to share His parents with us! He reminds us that we are children and if we don’t approach Him as children – in absolute trust like a child approaches an adult they love – we won’t be able to enter into the Kingdom at all. 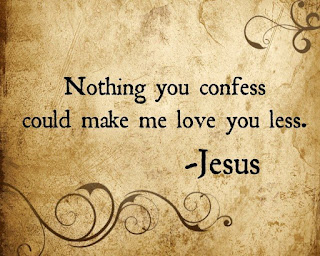 Children trust unconditionally. We’re called to trust as little children. He strains to give us better than what we have because what we’re hanging onto is worn, tattered, and not good for us. As someone once said, ‘God will wreck your plans when He sees that your plans are about to wreck you or your eternal salvation.’ Why do you suppose He would do this? God isn’t a mean Parent bent on our misery. He is a Parent Who not only wants to give us the best of everything, but He also knows us – all of us, inside and out – and loves us each individually and unconditionally and He won’t play favourites. He wants us to just trust Him without reservation.