I can’t help but think about all the things that’ve gone on in 2019 and smile from ear-to-ear about them. Sure, 2019 came with its own difficulties, losses, tears, but overall? It was a pretty good year, not just for me personally, but for people I love. Lots of new jobs, a few new babies born, new relationships began, some ended (and it was a good thing they did, because sometimes it’s for the best, you know?)… Just a lot happened.
Something I’ve noticed, though, is while life seems to ebb and flow, it’s really how we react to it how ‘choppy’ those proverbial waters seem to be.

A few months ago, you might remember me mentioning my Adoption. When I was received into the Catholic Church. I think I mentioned something about telling our Beloved Lord that I won’t fight Him on what He wants to do. Well, I’ve held to that as best I’ve been able to these last going on (oh, boy) nine months now, and it’s been … interesting.
For starters, back in the Autumn, I got talked into signing up to do PSR (to be fair, though, I didn’t put up any struggle at all on that one haha). I’m quite happy to say that I’m having a lot of fun with it. I teach K-1st graders (five- and six-year-olds), and oh, are they a blast. I’ve always wanted to be a teacher, and when Columbine happened back when I was in college, I had shelved that dream indefinitely. The more I’ve been working with the kids at the parish, the more I’m realizing how much I’m missing out on by not pursuing a degree in education. That being said, after a long talk with a friend about things, I’m going to be pursuing such after I get my degree in computer science and web development, so I can pay off an old student loan and start afresh.

Other things I’m looking forward to doing this year, I’m currently on Day Four of doing: a Writing Challenge. 365 Days of writing a minimum of 700 words a week, for a grand total of 36,400 words. Which is roughly a little over half of what I would be trying to churn out in a 30-day period for NaNoWriMo.
I have plans to do some photography every day this year, but that’s not quite worked out as well as I’d like. Not yet. This month is already so, so busy. I’ve still got to get my precourse work done and get ready for my classes. Which, eying my calendar, I know I can get this done, but still. My Capstone for my Creative Writing Specialization through Wesleyan isn’t due till next month, so I’ve got a tonne of breathing room on that, thankfully! I’m still puzzling that project out a bit more, so it works out.

On other fronts… I heard on the radio on the way home from Mass this morning about a gal who’s facing the business end of 50 this year and she’s decided to do 50 new things before turning 50. Got me thinking. I’m going to be 45 this year (which felt really weird to say that just so you’re aware), and I’m thinking… maybe learn 45 new things before my birthday. Hm. Granted, I won’t count my Comp-Sci/WebDev classes, because that’s cheating in a roundabout way. But, I’m thinking 45 new things and write about them, keep it kinda small-scale, simple and easy to do. Learning a new art form or something like that. And then write a small how-to article. I don’t know. I’m still debating on what that would look like, and that’s going to be a conversation with a couple close friends to get some input on some ideas what to do.
Meantime, though, I’m excited about all the new things that are waiting for me this year. I’m excited to see what’s in store each day. My hope is that this year is kind to you all, that each new day that unfolds before you, there’s a deep well of hope for you to draw from. 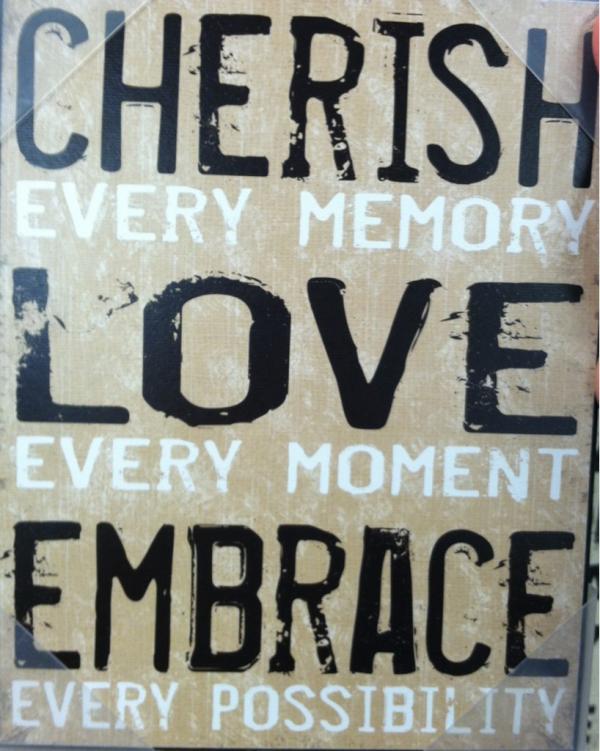 My prayer for you all, this year, as it unfolds, is everything you set up for yourself to do, it’s edifying, it’s healthy, and it’s productive. I hope that you all come to a realization that you are loved beyond measure, you are wanted and enough. You are, whole and entire, a beloved child of our Beloved Lord, that He loves you so, so much, that even if you were the only person on this planet, ever, He would do for you what He has done for all of humanity: coming to Earth to be with you, and through His Cross, He has brought you to the Father and has made you precious and HIS.
My hope for you all is that you come to this understanding and you accept this precious gift He is straining to give you. If you haven’t gotten to this point yet, I pray that you do this year, and when you do, that you dive in and go deeper and deeper still.
Know that you are, each and every one of you, someone who matters to the Creator of all that ever was, is, and will be. The God of the universe, Himself, knows who you are, and He made you, He LOVES you, and He wants you so much, He loves you as you are, but He loves you too much to leave you as you are. He wants to help shape and mould you into better all the time. Let Him. He knows what He’s doing!
May 2020 be tremendously blessed for you all. May you go to bed each night knowing you matter and you are loved beyond measure. May you face each day with open arms, heart, and mind (but not so open your brains fall out). May you have an abundance of what you need.
God bless you all!