Ya gotta have goals, kid!

Recently, my friend, Rebeka, mentioned to me that she’s wanting to make a plan for her writing, plotting her novel and making things easier to write.

Well, Rebeka, and of course anyone else reading this, I really can’t help much in that department, but I can help with something else on that front: Making sure you have a way to make a goal for yourself to at least write something.


...said the person who really needs to take her own advice. ;) Seriously, though. We already know that writing is every bit fun as it is difficult. There’s a lot you have to do to make the words paint the story you’re trying to share what's in your head, with the masses.

I’m not, by nature, a planner. I need to work on that, however. My first novel, 'Writer vs Muse: THE STRUGGLE IS REAL!', that was borne of complete frustration with writer’s block seeming to skulk about every turn I made. My second one, The Catnip Chronicles: How I (Accidentally) Became a Cat Lady barged into the forefront of my mind when I was in the midst of writing another one, causing me to put that one aside and focus on the one I’d ended up publishing in December of last year.

While I can’t help you really map your novel out to where it’ll effectively write itself, here’s something that I can offer in hopes that it’ll help you at least write. 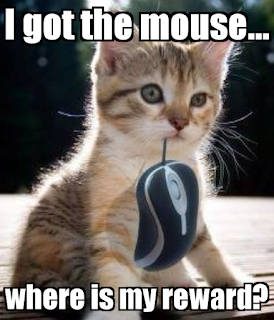 Now, I don’t know about you, but for me, personally, I’m motivated by rewards. Big, small, it’s nice to have something to show that hey, I did a thing and I’ve earned this thing that I’ve rewarded myself with – new notebook, a fancypants pen I normally would NOT have purchased otherwise, new washi tapes, whatever.

Every year, I participate in Camp NaNoWriMo in April, JuNoWriMo in June, Camp NaNoWriMo in July, and NaNoWriMo in November. The Camp in July and JuNoWriMo I’ve done since 2016, NaNoWriMo I’ve done consistently every year since 2016, but I’ve tried to do one in 2004, but it didn’t work out. That’s alright. :) last year and this year, I’ve been fortunate enough to participate in both Camps, both JuNoWriMos, and I’ll be doing NaNoWriMo again this year, in November. Each WriMo event, I use a spreadsheet tracker to keep track of each day’s word counts, working toward a specific number by the end of the month. Granted, this month has been...difficult. But, I’m trying. 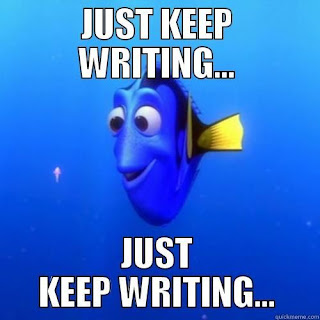 Sometimes, it’s hard to sit down and write every day. I know, speaking for myself here, it’s been really difficult to do this month, even just a little bit. I’ve really got no motivation, and partially I do blame the heat, some I blame other factors – people constantly calling and needing this, that, and the other, or I’ve had to keep things in order like keeping track of what days are my turn to take care of feeding stations and what days I’ve got to be where, and a lot of other things in between.

It’s overwhelming most days. Last week, I had a staff meeting with my assistant and my editor to work out a feasible schedule for me to write, my editor to do his thing, and my assistant to do hers and at first, the one we’d come up with was incredibly unrealistic. For all of us. Gave it a night to sleep on – granted there were other things going on in my corner that had me kind of tripped up, so when we came back the next evening to try again, we came up with a much, MUCH better schedule with some more room to breathe.

And now that that’s a thing, I can sit and write this post for you, struggling fellow author (or other people who've got issues with motivation, you can tweak this to suit your own needs). 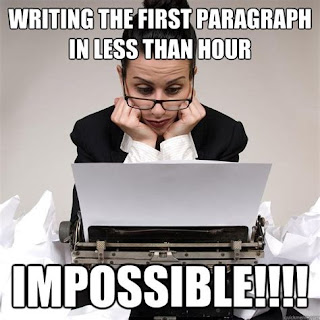 First, sit down and evaluate everything you have to do. Whether it’s a job outside the home (or if you work from home), whether you have children, marriage, whatever else you have going on in your day-to-day. Once you’ve figured the incidentals out – doctor’s appointments, work schedule, chore schedule (if that’s your thing… For me, Saturdays are usually my housecleaning days), then you work out how many words you want to write per day/month. On your calendar (or whatever you use to keep track of your stuff), write down in a little space the letters WCG. You write in the space next to it how many words you want to write for that particular day, and then under (or above, whatever turns you on), write the letters DWC. Your WCG is your ‘Word Count Goal,’ and your DWC is your ‘Day’s Word Count.’ 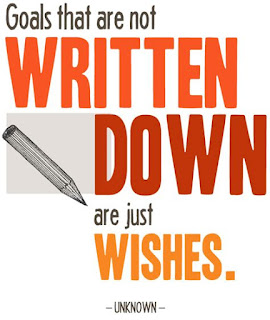 Don’t try to eat the elephant when you’re only able to eat the mongoose. What I’m saying is, if you KNOW that your day’s going to already be a full one of errands, work, and whatever else, don’t tell yourself, ‘I’m going to write 4,000 words’ and then you’re too tired to even touch 700, and then you kick yourself and decide no, no more and then you scrap the entire thing completely. Trust me, you don’t want to do that, you’ll fall into a serious guilt-riddled depression about it. NO.

To motivate yourself, make a deal with your muse that if you at least write for every day for the week, doesn’t matter how many words you do, if you hit your goal each week, then you set aside a little time to do something for you to reward yourself. You don’t even have to spend money, you can just do something little like treat yourself to some free time watching a movie you have been wanting to watch for awhile on Netflix or Hulu, or whatever other means of movie-viewing you choose. Treat yourself to a snack or even a nap. If you want to buy yourself a little something, go with a nice pen you normally wouldn’t have purchased, or a new journal, or whatever. It doesn’t have to be a big, elaborate thing, but whatever tickles your fancy, so long as it’s not causing you to ignore important things like rent or other bills.

When I do the WriMo event in June, the gals that facilitate such have these clever graphics to keep us encouraged. ‘Hard day, wrote anyway,’ or ‘5K DAY!’ stuff like that. I don’t think these are copyrighted, the phrasing, but I know that if they’re for JuNoWriMo, it’s something I should check with them about sharing. ;) 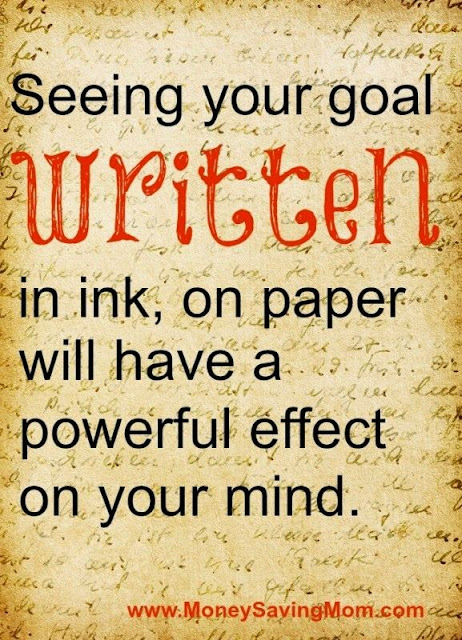 Whether it's a book, or a story, or just random gibberish sentences, writing can be quite cathartic. Regardless what it is you're doing, whether it's writing or anything else, keep an achievable goal in mind and give yourself milestones.  Once you've achieved each one, do a little reward, to keep yourself going.  All the best!